• Astrology reveals a profound psychological understanding into the nature of man and his universe.

•  Astrology provides a map of the timing of events in your life and others’.

•  Astrology provides you with the tools to guide yourself and counsel others through crisis management and insightful self-awareness.

•  Astrology gives you insights into your soul and spirit and the revelation of your inherent conflict resolution occurring in your life.

•  Astrology gives insights into biblical prophesies not understood by the uninitiated.

•  Astrological study uncovers the deeper secrets of the early mystery schools and their initiation into sacred geometry.

•  Astrology teaches you the mechanics of astronomy.

• Astrology enriches your understanding of language and mythology.

•  Astrology gives you a more thorough appreciation of art, literature, and history.

•  Astrology can provide a meaningful income and security from your provided services.

•  Astrology strengthens your social skills by bringing those seeking counsel and advice into your experience.

• Astrological talents enhance your appeal and interest to others as you use your skills to benefit those in your community of friends and family.

• Astrological wisdom puts you in league with such great minds as: 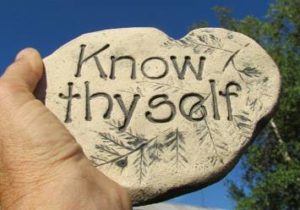 Physicist Albert Einstein said :“Astrology is a science in itself and contains an illuminating body of knowledge. It taught me many things and I am greatly indebted to it.”

According to Carl Gustof Jung, a Swiss psychiatrist and psychotherapist, the founder of analytical psychology: “Our soul speaks to us in this language of images through dreams and through archetypal symbols. Astrological planets are archetypal symbols, and our birth charts are a unique “map of our soul” that can illuminate the relationship between our conscious and unconscious mind.  Astrology is assured recognition from psychology without further restrictions, because astrology represents the summation of all the knowledge of antiquity. The fact that it is possible to construct, in adequate fashion, a person’s character from the data of his nativity, shows the validity of astrology.”

Benjamin Franklin: “Oh the wonderful knowledge to be found in the stars. Even the smallest things are written there…if you had but skill to read.”President Theodore Roosevelt kept his horoscope mounted on a chess board in the oval office. When asked about it he would reply, “I always keep my weather eye on the opposition of my seventh house Moon to my first house Mars.”

President Theodore Roosevelt kept his horoscope mounted on a chess board in the oval office. When asked about it he would reply, “I always keep my weather eye on the opposition of my seventh house Moon to my first house Mars.”

Donald Reagan, formerly Ronald Reagan’s Chief of Staff said: “It’s common knowledge that a large percentage of Wall Street brokers use astrology.”
The Philosopher Plato said : “Perhaps there is a pattern set up in the heavens for one who desires to see it, and having seen it, to find one in himself.”

Physicist Sir Isaac Newton said in defence of astrology, to sceptic Edmund Halley:“I have studied the matter. You sir, have not”.

The poet Ralph Waldo Emerson said : “Astrology is astronomy brought down to earth and applied toward the affairs of man.”
Hippocrates, the Father of Medicine said : “A physician without the knowledge of astrology has no right to call himself a physician.”

Author DH Lawrence said : “Who knows the power that Saturn has over us, or Venus?But it is a vital power, rippling exquisitely through us all the time.”

Scientist Louis Pasteur said : “The controls of life are structured as forms and nuclear arrangements, in relation with the motions of the universe.”

Mark Twain said: “I was born with Halley’s Comet and I expect to die upon its return,” and he did.

Mathematician Pythagoras said: “The stars in the heavens sing a music if only we had ears to hear.”

St. Thomas Aquinas told all who would listen: “The celestial bodies are the cause of all that takes place in the sublunar world.”

Sir Francis Bacon, the father of modern science told us, “The natures and dispositions of men are, not without truth, distinguished from the predominance of the planets.”

Confucius taught his followers that, “Heaven sends down its good and evil symbols and wise men act accordingly.”

Shakespeare said, in the person of King Lear…”The stars above govern our condition.” He follows that with “I was born sir, when the Crab was ascending: all my affairs go backwards.”

Goethe wrote an astrological description of his birth…”These auspicious aspects, which the astrologers subsequently interpreted for me, may have been the causes of my preservation.”

Astronomer Johannes Kepler, the author of Kepler’s Laws of Planetary Motion wrote, “An unfailing experience of mundane events in harmony with the changes occurring in the heavens, has instructed and compelled my unwilling belief.”

Come join us for an evening of self-discovery and astrological insights.